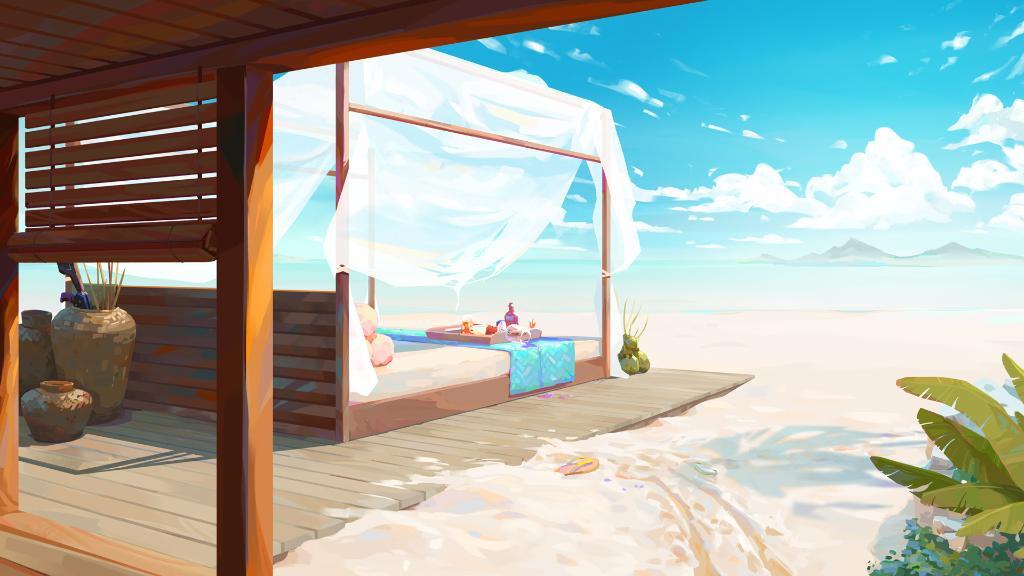 Hey Valiant, If some of you are bored from Valorant then here is Riot games coming up with the all-new map to spice up things again. Here is everything we know about Valorant new map “Breeze“.

Valorant new map will be the sixth map getting released as confirmed by Riot Games itself on their Twitter handle. They will release with the battle pass of Episode 2 Act 3. Fans have been really desperate to see some changes in the game and have been constantly teasing Riot games, Breeze will be finally coming out in some days.

So Riot Games is teleporting fans from a secret kingdom in the poles to a tropical island in the Southern part of the Bermuda Triangle. The Sun will shine brightly above your head and the atmosphere is going to be humid so do not forget to carry a water bottle or an energy drink with you whenever you are going to a fight on the sandy beaches.

Something that will make it a noticeable change from the previous map “Icebox” to valorant new map “Breeze” is that it will have a colorful surrounding with flowers, trees, blue sea, skies, clouds, houses rather than being all white and snowy around.

Valorant new map is all set to be released on April 27, 2021, and Riot is planning to release it with the Act 3 Episode 2 Battle pass release. Another piece of information we got from Riot that they don’t have any plans to release any new agents as they want to focus on this map pool going to the VCT Stage 2 Masters, which is going to be held at Reykjavík, Iceland, in May. For the first time ever in the history of Valorant that Pro players will be competing in an official LAN event by Valorant themselves.

Post Views: 47,280 I assume you are one of those who came across these trending sigma rules memes on social media and wondering what...

Post Views: 17,932 Introduction If you are wondering how does Google search works then you are one of those nerds who likes to dig...

Post Views: 6,524 Can We Pretend That Airplanes In The Night Sky Meme? – The original source is a poorly drawn comic of Mordecai...

Post Views: 5,894 Introduction Hyperloop technologies were never a new concept as some of us might think the case is but it is derived...

Post Views: 1,417 What’s going on my individuals. It is already the end of the year. It was a pretty rough ride for many.....