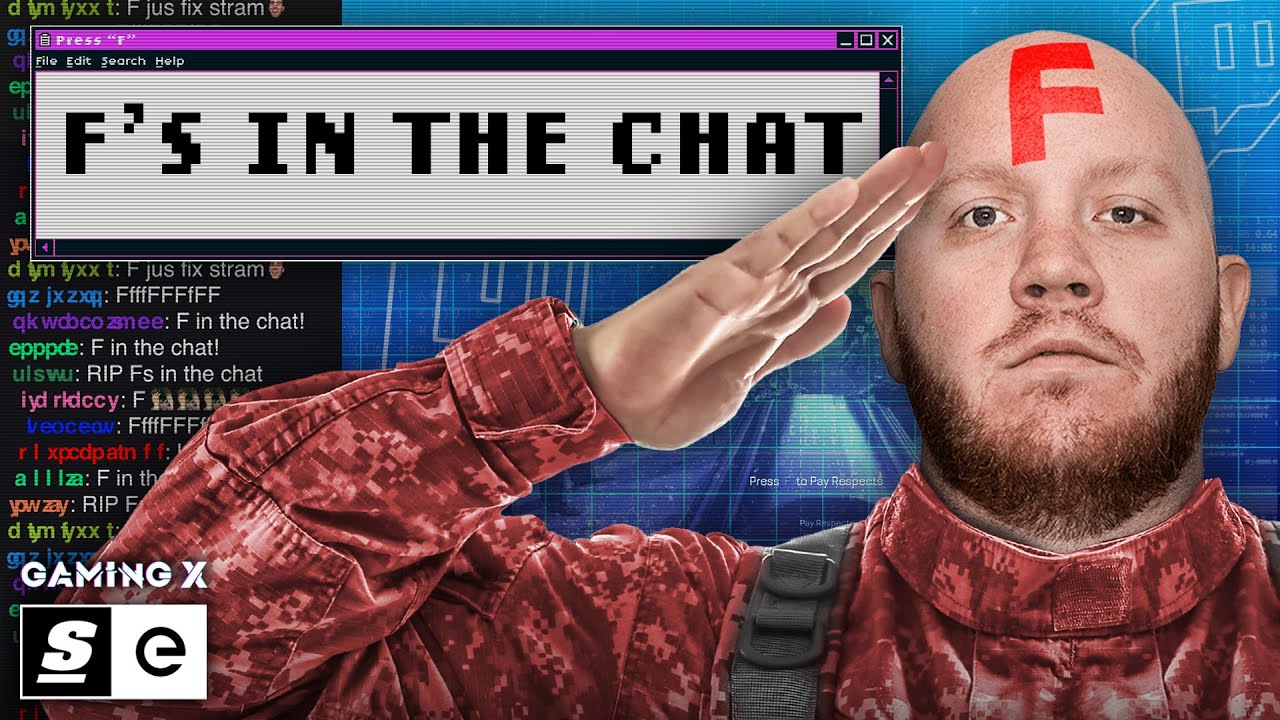 Have you ever watched a Livestream specifically gaming and got astonished by the sudden F spam in the comment section? If you are wondering what this F in the chat(also Fs) signifies and from where did it originate, you have come to the right place.

F In The Chat Meaning

The phrase arrised from the meme Press F to pay respect. As the name suggests, sometimes streamers call for viewers to press or spam F in the chat as a tribute or respect to someone or something. It is used to express sorrow, and compassion but most commonly it is used ironically to mock an embarrassing situation or a funny failed moment.

F in the chat first appeared first in Call of Duty: Advanced Warfare in around 2014.

Call of Duty (COD) is a first-person shooter game that can be played in multiplayer mode.

One of the in-game features enabled players to press F on their keyboard or X on the controller to pay tribute or respect to the fallen in-game soldier.

It spread like wildfire on the internet because of the attention it grabbed, it gave rise to a new meme material in the gaming community.

To date, the phrase is commonly used on Twitch, a live streaming webpage often used by gamers. Viewers will comment on the phrase if their streamer dies in the game.

Post Views: 47,280 I assume you are one of those who came across these trending sigma rules memes on social media and wondering what...

Post Views: 17,928 Introduction If you are wondering how does Google search works then you are one of those nerds who likes to dig...