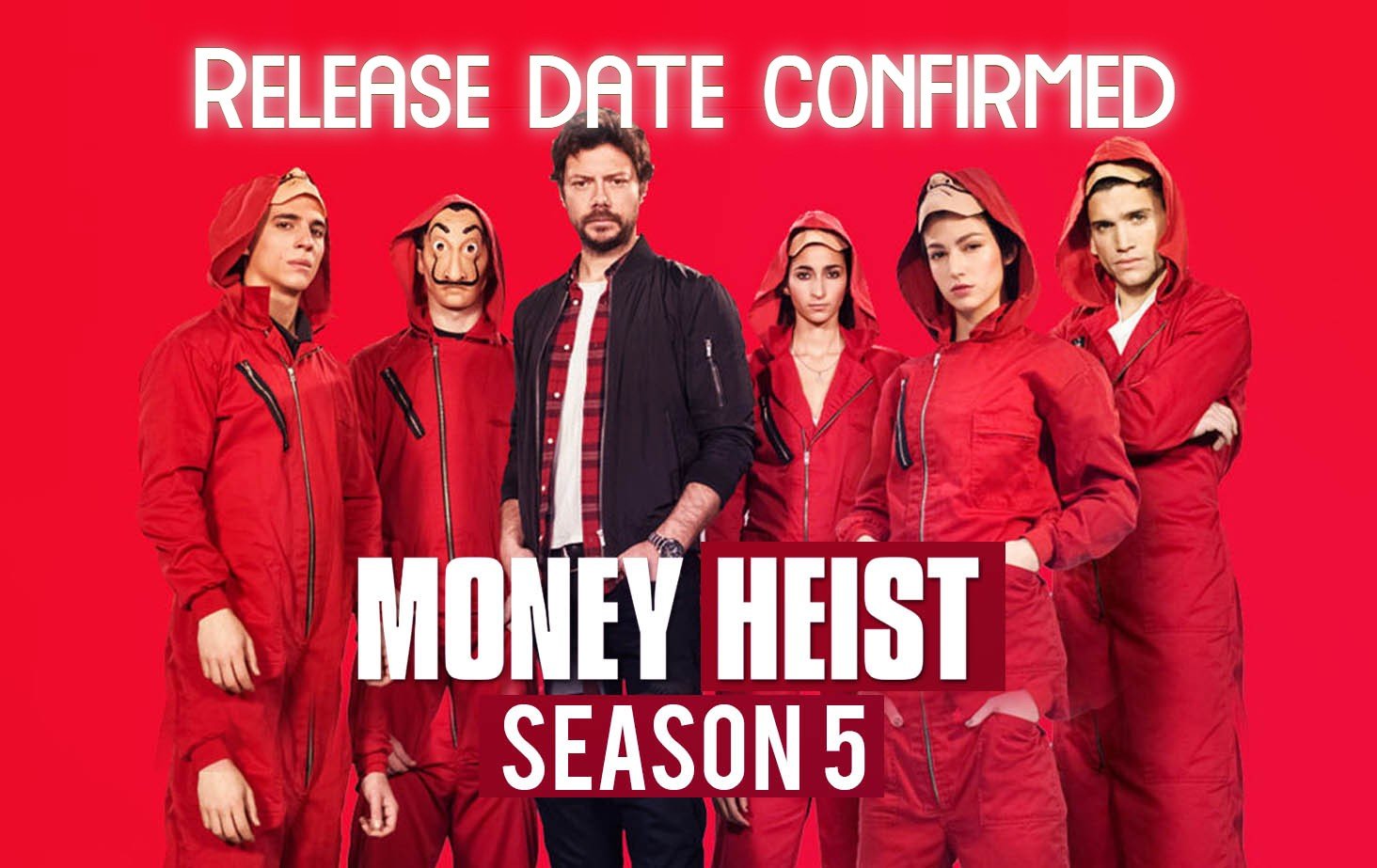 The most awaited Money Heist Season 5 release date is here. Fans could hear from the official sources soon.

Nevertheless, April 2021 is sinisterly akin to April 2020 in almost all ways. The entire world has been doomed by the pandemic. No traces of joy, happiness, excitement is around and we are just surrounded by anxiety. For the fans out there, something is missing and it is the new season of Money Heist which was initially confirmed by Netflix to release in April 2021, but everything went to vain with the pandemic. Because of the production delay, the release date got delayed to little further. The wait is over now as there are many good news coming for Netflix fans as Money Heist along with many other popular titles are coming to the platform in the next half of 2021.

Money Heist (La Casa De Papel) is returning for a fifth and final season on Netflix in the second half of 2021. Here’s the latest and everything we know so far about Money Heist season 5 including when we can expect the release date, where the show is in filming and some teases about potential spin-offs.

Money Heist currently holds the current record of being the most-watched non-English title on Netflix. Once again, for the fourth season, the series smashed all of the previous records it set. The fourth part of Money Heist managed to rack up an incredible 65 million views.

Before we move onto what we know about season 5, you should check out the accompanying documentary released on April 3rd, 2020, called Money Heist: The Phenomenon. It documents the meteoric rise of the series with guests including Ted Sarandos as well as much of the cast and the creators. It gave us some stunning insights including the fact the show was almost axed.

Part four of Money Heist was released on Netflix globally on April 3rd, 2020, and consisted of eight episodes.

Though it took ages for Netflix to make any announcement now they have officially made it. The announcement has been made and the Money Heist season 5 release date is 3rd September 2021. The Sad part is that they also confirmed the heist ending. Money Heist Season 5 is going to be the final season of the hit Spanish series.

THE HEIST COMES TO AN END

Post Views: 47,916 I assume you are one of those who came across these trending sigma rules memes on social media and wondering what...

Post Views: 20,225 Introduction If you are wondering how does Google search works then you are one of those nerds who likes to dig...

Post Views: 6,789 Can We Pretend That Airplanes In The Night Sky Meme? – The original source is a poorly drawn comic of Mordecai...

Post Views: 6,761 Introduction Hyperloop technologies were never a new concept as some of us might think the case is but it is derived...

Post Views: 4,408 Deepfakes: So recently I came across many funny videos on social media where people were putting some of their friend’s or...

Post Views: 1,701 What’s going on my individuals. It is already the end of the year. It was a pretty rough ride for many.....